The world’s most expense shower costs £74,800 from a company called Sliver Tag. With an array of super geeky gadgets, the only thing this shower doesn’t do is dry you afterwards!

The world’s longest shower record goes to Kevin “catfish” McCarthy, who spent 340 hours and 40 minutes in the shower.

Most People In A Shower

The world record for the most people showering at once in one place goes to Pert Plus who organised a 145 people ‘showerathon’ in 2009.

This award goes to Pert Plus as well, on the same day as achieving the record for ‘Most People Showering At Once’, he also earned the record of the World’s largest shower, building a 10ft tall shower, with a 40ft wide shower head.

Pee In The Shower

A study has shown that 42% of people pee in the shower.

Another study has shown that 7% of people openly admit to not bathing at all. Be that a shower or a bath!

As the shower becomes more and more popular it is easy to see why – showering can save you time and money! Here at Bella Bathrooms we are dedicated to helping you create a luxury enclosure and you can view our vast range online today.

Embed this infographic on your site: 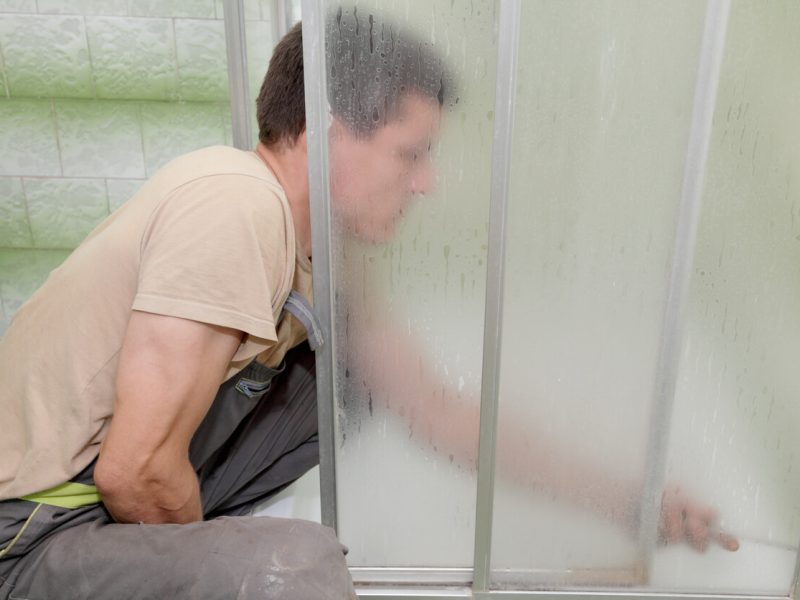 How To Guides, Infographics

How to Install Tiled Shower Enclosures

Ways to Save Water in the Bathroom

How To Fit A Shower Tray